A listening church depends on a people speaking plainly

Unless plain language is universally accepted, assimilated, and embraced in written summaries, Rome will struggle to be informed of the views she is asking of God’s people. 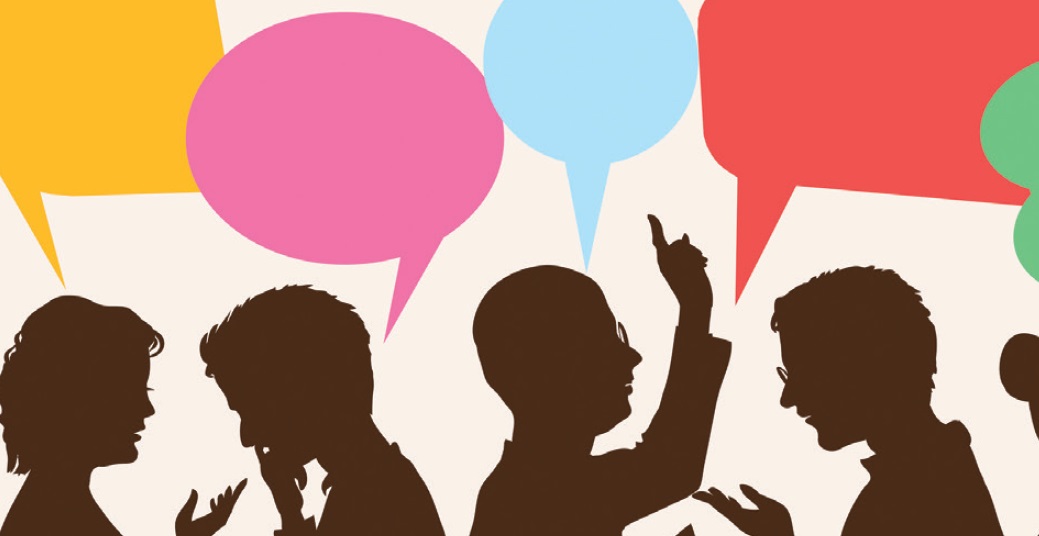 By Justin Stanwix
There are now features of synodality that seem unquestionable: an active listening church in which the people of God walk together, calling upon the Holy Spirit as the source of communion and mission.

What is decisive in this context is that the fellowship of the church emerges from divine love and creates fellowship among believers.

When the acknowledgment silence is broken for the place of language, that communion is entitled to be clearly expressed.

A recent analysis by Jon Rosebank and Penelope Middelboe (The synodal process: it’s time to make a stand) identifies a disturbing, evidence-based global tendency to sanitize language and statements in summaries destined for Rome.

The authors describe the reasons for concern based on facts. They ask “whether the lay faithful everywhere need to take a stand before their inspiration is swept under a thickening episcopal rug.” Because, they explain, the effect is to hide the true substance of things, sometimes to the point of obliteration.

The authors are not talking about a complex task of synthesizing elusive material, a difficult attempt to summarize complex data, or positions that are uncertain or disputed. They refrain from offering critical descriptions of the putative explanation for the cleansing of the language or the eradication of the initiative.

The freedom to speak and write plain language is not an opportunity for “free punching” to stir up absurd or irrelevant claims, or to demand more space or importance for an issue than is appropriate.

Speaking plainly requires some adjustment in thinking, a shift in approach, a patient response to requests for change, and an acceptance of claims that may be undesirable—especially those that disrupt the status quo.

Such a change in approach is bound to be confrontational. It means relinquishing control of the agenda, not excluding subjects for inclusion, providing balanced coverage and clear description of the material.

There is no place for burying requests or answers in platitudes either.

Of course, a disagreement or theological position is never a reason to distort language, adjust facts, or omit a claim. In short, a full and fair report is required.

The ordinary viewer, or even the passenger on the Clapham bus, may be surprised to learn that such openness, and the call for openness, is even being questioned. But we are obliged to inform them that it is a real problem.

A fair report is hardly a new idea, as it is in some ways an example of Pope Francis’ inspiration for his synodality initiative.

It is worth remembering his own story.

The Pope’s call for free speech within the Church
At the end of his first year in office, Francis made a statement that is recognized as remarkably significant and historic.

“I was rapporteur for the 2001 synod, and there was a cardinal who told us what should and shouldn’t be discussed,” he told Argentina’s La Nation newspaper in 2014. “That’s not going to happen now.”

We all appreciate that there are a number of subjects that are considered “sensitive” or “edgy”.

Taking care of our common home is now legal, even fashionable (and with good reason).

But what about homosexuality and same-sex marriage, attitudes toward divorced couples, optional priestly celibacy, female diaconate, and who is to partake of the Lord’s Eucharistic Table? Or leadership in the church at all levels, with proper representation and transparent procedures? That remains a mystery.

Francis has repeatedly encouraged bishops to speak freely and openly, even on sensitive issues.

He started the motion for the synodal assembly on the family in 2014 and continued the topic until the recent meeting of cardinals on August 29, when he specifically asked for free speech on the predicate gospel.

He himself has not shied away from speaking candidly on several occasions over the past seven years – before the Roman Curia, before cardinals, bishops and priests, in pastoral letters, at papal audiences and on international affairs.

Make sure plain language is heard
It would be a travesty to suggest that his invitation to speak freely is limited to “approved subjects.” Based on this, it is difficult to see why we are all reluctant not to speak and write freely. However, we know that the Vatican goes to tremendous lengths to control agendas, discussions, and permissible topics.

While this continues and national bishops’ conferences are effectively subordinated in the manner described in the last article, our synodal journey is painfully hampered. This raises the question of what lay women and men can do to “stand up,” as the article invites.

The synodal assembly on synodality in October 2023 is a meeting of bishops and that must be remembered.

What a shame if the papers intended to inform the synodal discussions are cleaned up, redacted or don’t state things clearly.

A direct submission to Rome with proper notoriety might be one to ensure our plain language speech is heard. — LCI (https://international.la-croix.com/)